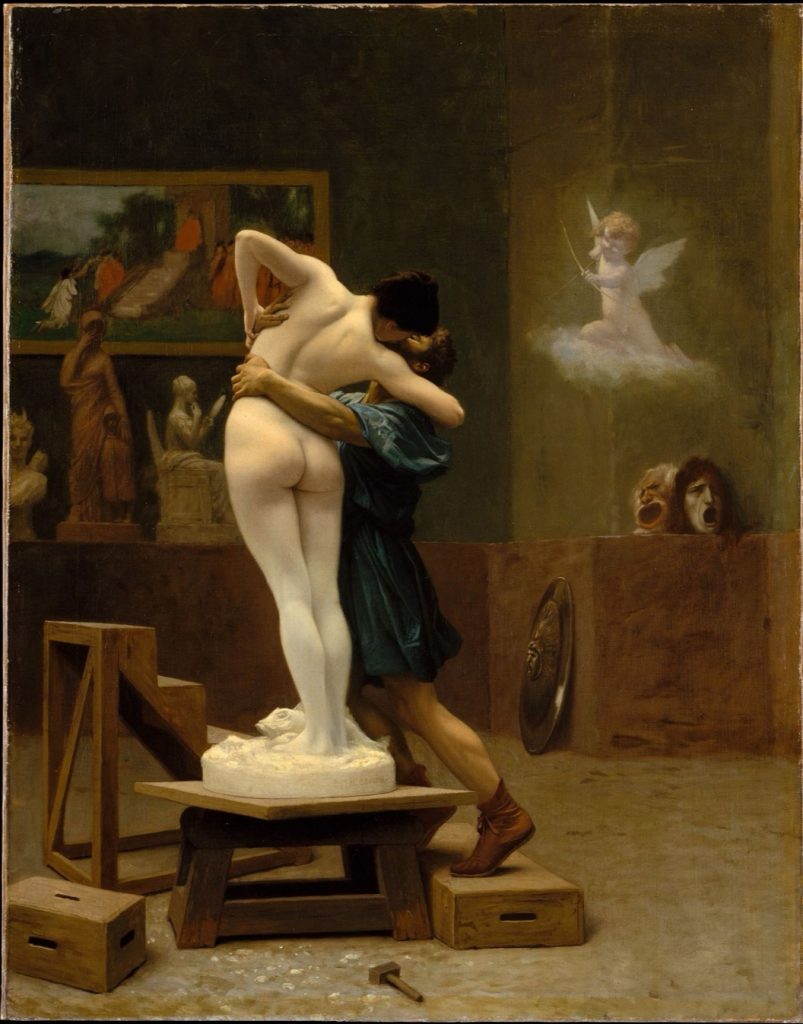 Pygmalion and Galateapainting by Jean-Léon Gérôme – In Ovid’s Metamorphoses Pygmalion was a Cypriot sculptor who hated women and vowed never to marry. However, when he carved a statue of a woman out of ivory (called Galatea) she was so beautiful he fell in love with his own work. At the festival of Aphrodite (goddess of love) he secretly made a wish for a bride who would be a living likeness. On arriving home he kissed the statue and found that its lips were warm. The goddess had granted his wish, the statue came to life, and he married her. They had a son called Paphos.